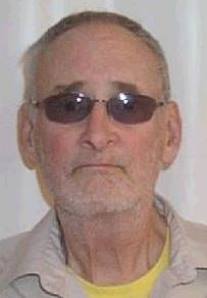 Francis “Paddy” Clancy was taken into custody by VicPD officers just before 11 a.m. this morning.

Clancy, a 68-year-old man whom authorities were looking to return to custody after his parole was suspended, was arrested without incident at an apartment in the 1300-block of Lyall Street.

Acting on a tip, officers surrounded the Lyall Street apartment this morning before making contact with the occupants. After a short negotiation, Clancy surrendered to officers.

Clancy is a four-time federal offender who is serving a life sentence for murder, but who also has an extensive criminal history going back to 1969, which includes frauds and property thefts.

VicPD issued an alert that Clancy may be in the Victoria area on Thursday, April 30th.

VicPD is asking the public to be on the lookout for a federal offender who is unlawfully at-large.

Authorities are looking to return 68-year-old Francis Patrick Clancy to custody after his parole was suspended. Clancy, who goes by the name “Paddy”, is described as a Caucasian man, five feet, eight inches tall; with a slender build of about 150 lbs. Clancy has thinning, grey hair and wears glasses. Clancy also often wears a short beard.

Clancy is a four-time federal offender who is serving a life sentence for murder, but who also has an extensive criminal history going back to 1969, which includes frauds and property thefts. Clancy is interested in computers and often collects bottles for money.

VicPD has information that Clancy could possibly be in the Victoria area.