A Victoria woman, who stumbled upon a romantic message in a bottle is hoping to pass along what appears to be an ode to “Mia.”

On Monday, Sandra Twin spotted what looked like a note in a bottle floating by a rocky area off a beach near Trial Island.

She wasn’t certain if the bottle was going make it to shore, or stay out in the ocean, so she waited a while and sure enough the tide brought it in.

“Honestly I wasn’t sure if I should grab it or leave it for someone else,” Twin tells Victoria Buzz.

“I was excited and a little leery because I thought that I would have to follow through with whatever the letter said or asked. You just never know what could be written and I wasn’t sure I would be ready for that kind of commitment,” she added with a laugh.

When she opened it, she found a message written for “Mia.”

“I think it’s a love letter or poem, maybe of unrequited love. You just never know what you will find at the ocean’s edge.”

“She was alighted from afar.
A warm brightness.
Only a similar soul could recognize her.
We spoke in the old languages long before talking of love.
We have overlapped our rays so perfectly before that every touch now is a memory caught fire.
She remembered my heart and learned my name much after.
I love Mia.
Please tell her.”

Though it’s not clear when the note was written, Twin is hoping somehow the mystery Mia will see it and recognize herself in the passage. 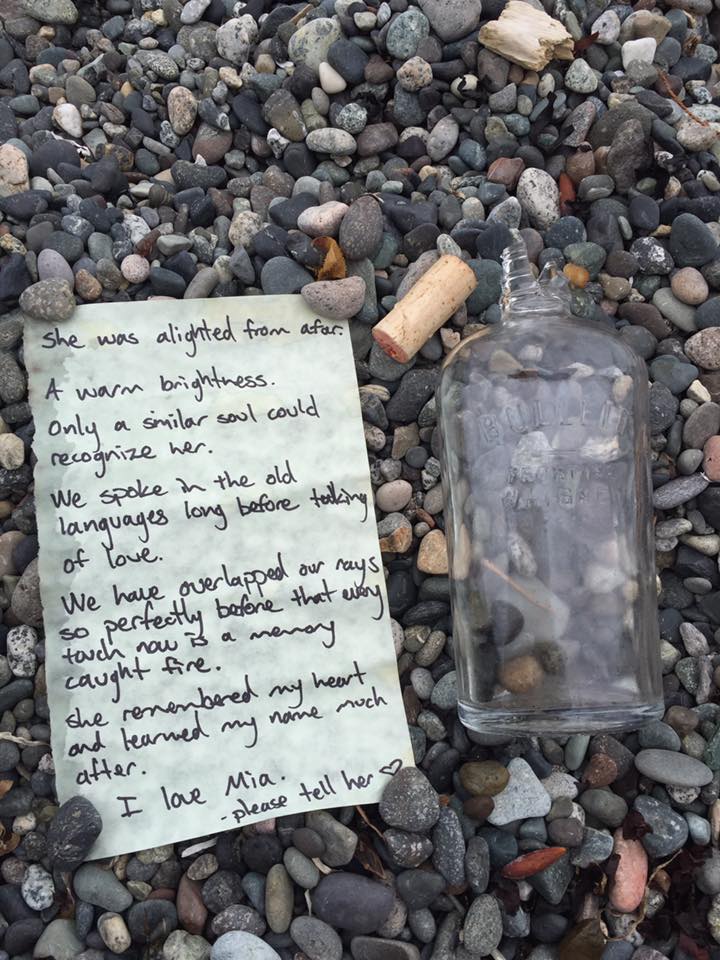