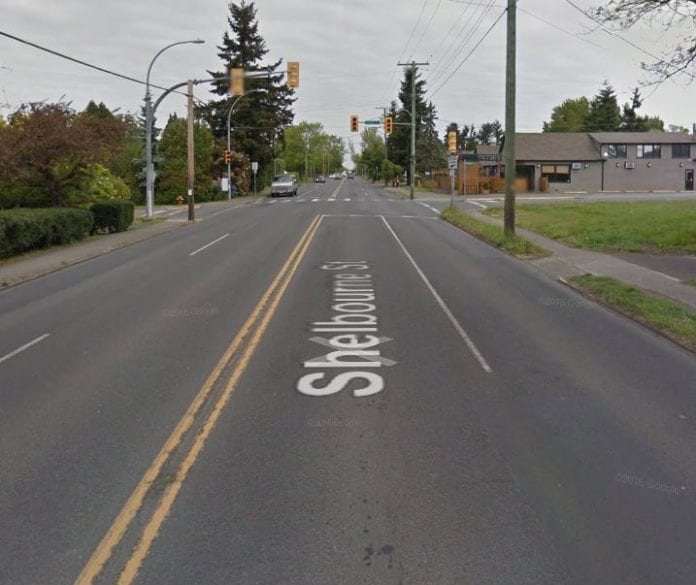 A 34-year-old woman is dead after her motorcycle was hit by an SUV in the intersection of Shelbourne Street and McRae Avenue in Saanich on Wednesday.

Police say an SUV was travelling northbound on Shelbourne Street and making a  left turn onto McRae Ave around 9 a.m, when the front of the SUV struck the motorcycle that was travelling southbound.

The motorcyclist was thrown off her bike, and struck a nearby hydro pole. She was pronounced dead at the scene.

A portion of Shelbourne Street was closed off to all traffic for several hours as the Saanich Police Crash Analyst team investigated.

A/Sgt. Jereme Leslie is thanking all the bystanders and other motorists who stopped and gave medical attention to the motorcycle rider.

The driver of the SUV is fully cooperating with the investigators.

Saanich Police are asking that if you witnessed this crash, or observed either vehicle before the crash, to call the Saanich Police non-emergency line at 250-475-4321.