A section of Highway 19 on Vancouver Island will be closed for four days to accommodate the filming of Paramount Pictures’ Sonic the Hedgehog movie.

According to the Ministry of Transportation and Infrastructure, filming will take place on Highway 19 near Bowser from today, September 10th to the 14th.

A detour will be in place at Highway 19A, the Old Island Highway, between 6 a.m. and 9 p.m., during the filming.

The shoot could take longer depending on weather conditions, so motorists are advised to keep the detour in mind until September 19th.

In the works since June

The live-action/CGI hybrid film is an adaptation of SEGA’s long-running video game series, starring a blue hedgehog with a penchant for speed—and chili dogs.

The Vancouver Island North Film Commission had been seeking a letter of support from the Ministry of Transportation back in June to start the filming – and it looks like they got it!

The scenes will consist of a pickup truck being chased and forced to stop on the highway, which sounds very much like something Sonic would be involved with, to be honest. The shoot will involve a crew of 150 people, as well as local hires.

Sonic the Hedgehog is scheduled for release on Nov. 15, 2019, and stars James Marsden as the famous blue blur. Jeff Fowler is set to direct. 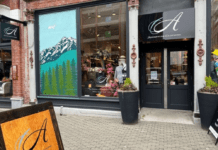 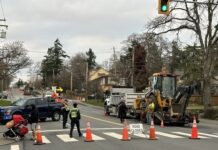 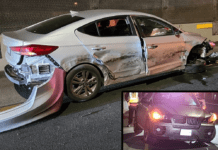