That’s right, two of arguably the greatest pass times ever have come together to form the Victoria Royals’ inaugural Tech Night – an evening full of fun, free beer and tons of sweet giveaways.

Doors open at 4 p.m., the tournament will start at 5:00 p.m. at Gate 1, and will wrap-up in the second intermission with the final match aired right on the jumbotron!

If you’re looking to test your Super Mario skills and be a part of the tournament, you can register online on the Victoria Smash Club’s Facebook page – and if you’d just like to watch it all go down, spectator entry is valid with purchase of your February 8th game ticket.

If you get the crowning glory of winning the tournament, you’ll will receive a pair of Vessi shoes (valued at $135) and a $50 gift card to the Strathcona Hotel.

All fans attending that night will also have opportunities to win a Lenovo Chromebook C330 computer valued at $400 from Regroove, and a signed Bo Horvat Vancouver Canucks 50th Anniversary jersey courtesy of Rogers.

Also – free beer! Molson Coors will be giving away a limited amount of free full-sized Coors Original samples, with stations located around the arena concourse. Fans are limited to one full-sized sample per person and must be 19 years of age or older with a valid government issued ID, and you’ll have to grab them before the first period ends!

The Super Smash Pack starts at only $45 and includes tickets to Tech Night, Skate with the Players on March 1st and a pair of Royals’ brandedwireless headphones.

The limited edition game packs and single game tickets for the first ever Tech Night are available online and at the Save-On-Foods Memorial Centre Box Office.

The Royals will be facing off against division rivals the Kamloops Blazers in back to back contests on both Friday, February 7th for Eco Night and Saturday, February 8th for Tech Night. 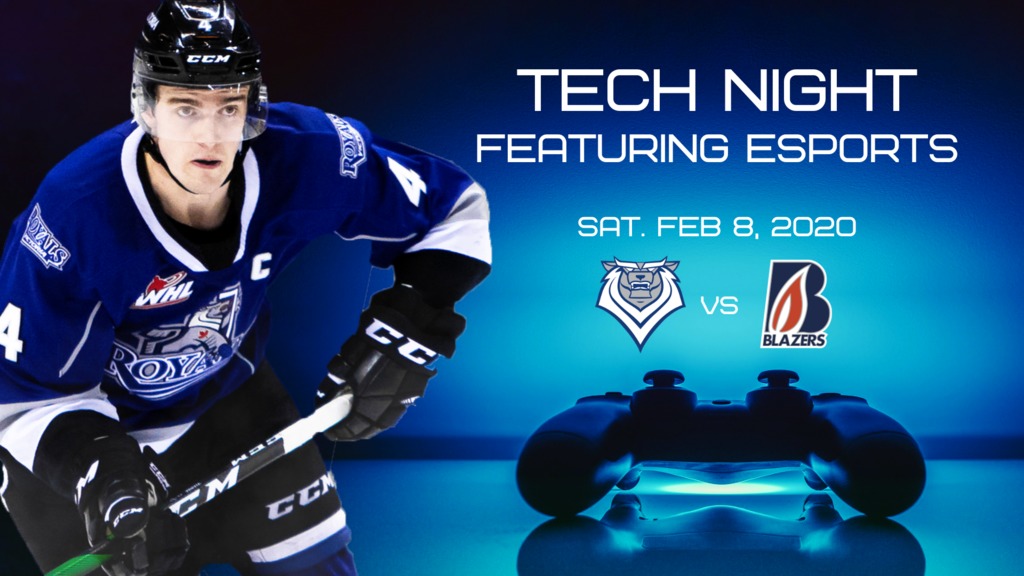 WIN a pair of tickets to this week’s Pacific FC vs. Whitecaps FC match (CONTEST)