British Columbia’s most stylish top doctor has now earned a shoe in her namesake, as a Vancouver-based designer has created some fancy footwear in her honour.

Not only does the pink patent leather match Dr. Henry’s sunny disposition, but 100% of the proceeds from pre-sales will go to Food Banks BC during the COVID-19 pandemic.

Along with Fluevog’s distinctive operetta heel, Henry’s familiar phrase “Be kind, be calm and be safe,” will be printed on the footsock. 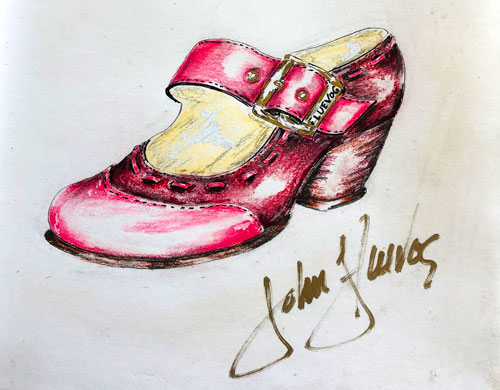 Dr. Bonnie has been spotted in much of Fluevog’s work during her daily conferences, and the designer said in a news release on Wednesday that he is definitely a fan of hers as well.

“At times like these, we’re so fortunate to have someone who is calm and comforting but direct, and positive but realistic, informing and educating us day to day,” John Fluevog said.

Pre-sales for the shoe will start next month, according to the release.