For many Canadians, starting their day off with a Tim’s coffee with a side of donut is somewhat of a tradition.

But have you ever wondered which of Tim Hortons delectable delights or delicious beverages are everyone’s favourites?

Tim Hortons has pulled through this year with an official report of what Canadians ordered most in 2020, even separating the fan favourites by region.

It should come as no surprise that the classic double-double (two dairy, two sugar) topped the list as most-ordered beverage, followed closely by the “regular” — one dairy, one sugar — and then a simple black coffee was the third most popular order.

Even though the top coffee orders this year were the same all across the country, the top donuts differed depending on the region. 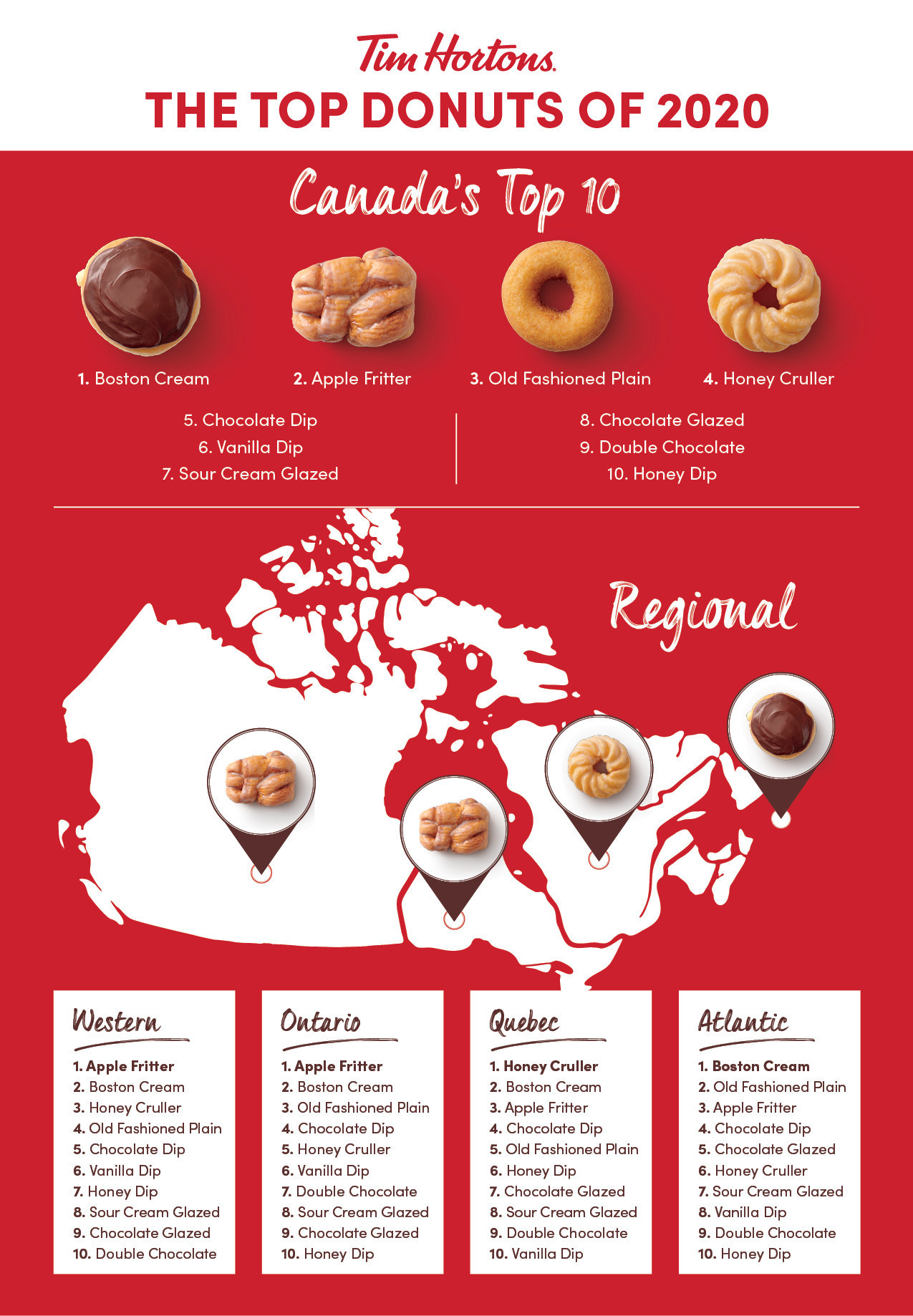 As a whole, Canada’s top donut from Tim Hortons was the Boston Cream.

Runners up for the country’s favourite were their Apple Fritter, Old Fashioned Plain in third, Honey Cruller in fourth and Chocolate Dip in fifth.

For the western provinces as well as Ontario, Tim’s top treat was its Apple Fritter and for Quebec, the Honey Cruller.

The Atlantic provinces were in sync with the rest of the country, as they also had the Boston Cream at the top of their list.