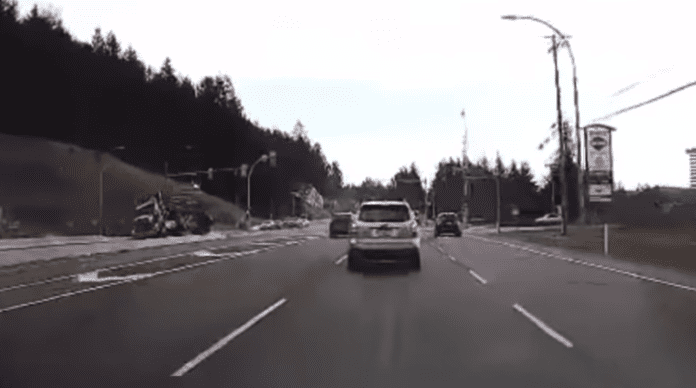 A logging truck that lost its load while turning onto the Trans-Canada Highway in Langford Monday was captured on dashcam.

The incident took place just after lunch hour in the Westshore Parkway area.

Dashcam video shows the truck turning a left onto the Trans-Canada Highway causing what appears to be a load shift before tipping over.

The truck ended up on its side in the northbound lane of the highway. The crash snarled northbound traffic as crews worked to tow the vehicle away. The logs were removed from the scene the following morning.

The cause of the crash is still under investigation, however, the driver was ticketed for failing to maintain a logbook and police ordered an inspection for the truck and trailer.

apparently something on the trailer failed