It has been an eventful couple weeks for the Vancouver Canucks, to say the least, and not just due to trade deadline.

On March 31st, Vancouver’s team physician released that 25 individuals that are a part of the team had tested positive for COVID-19 – and the source infection is confirmed a variant.

Among the 25 positive cases were 21 players (three players from taxi squad) and 4 members of staff – one additional player is considered a close contact.

According to the team’s physician, Jim Bovard, an ongoing investigation by Vancouver Coastal Health and club contact tracing staff attributes the source infection to a single individual obtained in a community setting, which has since been identified by public health as a public exposure location.

A total of seven Canucks games have been postponed during a period of March 31st through April 14th.

The league has rescheduled those games with the team’s 56-game schedule now ending on Sunday, May 16th.

According to a press release from the team, the Canucks are set to hit the ice once more on Friday, April 16th versus the Edmonton Oilers. 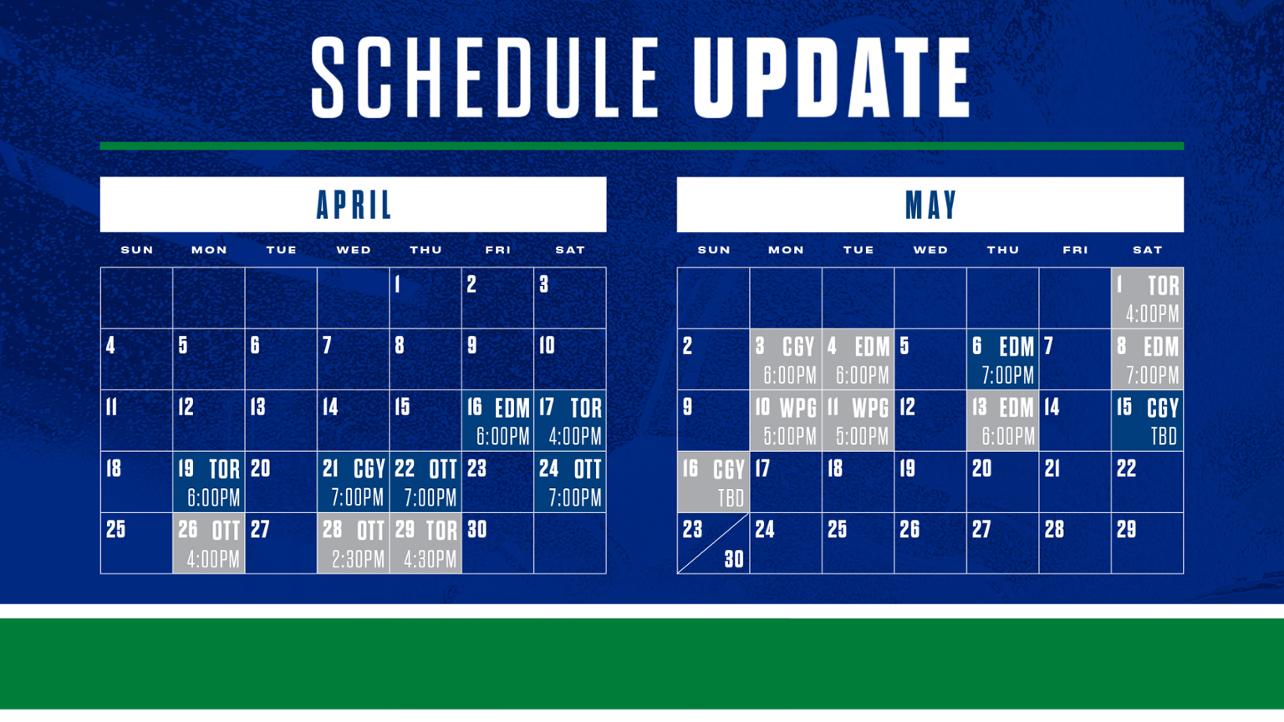 Though practice was set to resume on Sunday, April 11th, this was postponed due to another player testing positive and the team’s practice facilities re-opened on Monday. This is not expected to impact the April 16th return to play, however.

According to GM Jim Benning, 10 players were on the ice for practice today.

Despite the above, a few Canucks trades have made their way down the pipes before today’s deadline; Jordie Benn is headed to Winnipeg, and Vancouver has added a defenceman as one heads out the door with Madison Bowey joining the team from Chicago.

The club has also acquired forward Matthew Highmore from the Chicago Blackhawks in exchange for Adam Gaudette.

Madison Bowey, who may be a familiar face to some Victorians, came to the Canucks with a fifth-round pick in the 2021 NHL Entry Draft from the Chicago Blackhawks, in exchange for a fourth-round draft pick in 2021.

Bowey was a part of the Kelowna Rockets organization for four seasons, and captained the WHL team for two of those – from 2013 to 2015.

All new players to the team will have to quarantine for one week before joining on-ice play.