Being called a “once-in-a-lifetime” affordable housing deal, a developer has revealed his latest pitch for the land surrounding the historic E&N Roundhouse in Esquimalt.

In a media release Thursday, owners Ken and Patricia Mariash announced their company Bayview Place signed an agreement with Greater Victoria Housing Society (GVHS) to donate $15 million for the construction of an 18-storey building dedicated to affordable housing.

The donation is the largest the GVHS has ever seen.

“This once-in-a lifetime land donation will provide a significant project that will build a stronger community in Victoria West.”

The proposed 150,000 sq. ft. building would be constructed at the corner of Esquimalt Road and Catherine Street, and would make up one of nine towers ranging from 18 to 28 storeys high at the Roundhouse development at Bayview Place.

The high-rise, which still needs to be approved, will include 180 units of much affordable rental housing to the city.

“If the project is not approved soon, the project may not be able to proceed and these 180 new affordable homes will not be developed in the near term,” the housing society said in a statement.

Plans for the remainder of the 10-acre parcel of land includes eight other residential buildings. Those would include retail space, park space and a focus on conserving the heritage E&N buildings.

Focus Equities, the company that owns Bayview Place, also said the proposal would also include routes for cycling and walking, a major bus stop, and the plans are in the works to preserve the rails for E&N transit in the future.

The GVHS operates 17 buildings currently but the Bayview Place tower would be its largest.

All of the units will have below-market rental rates and 30% of those will be at 80% of the median market rate set by the Canada Mortgage and Housing Corp.— from $775 a month for a studio and $895 for one-bedrooms to $1,500 for three-bedrooms

The developers are hoping to get a green light on the project before the October 15th civic elections.

Once approved, construction could begin in 2024 with a completion date of some of the buildings in 2027. 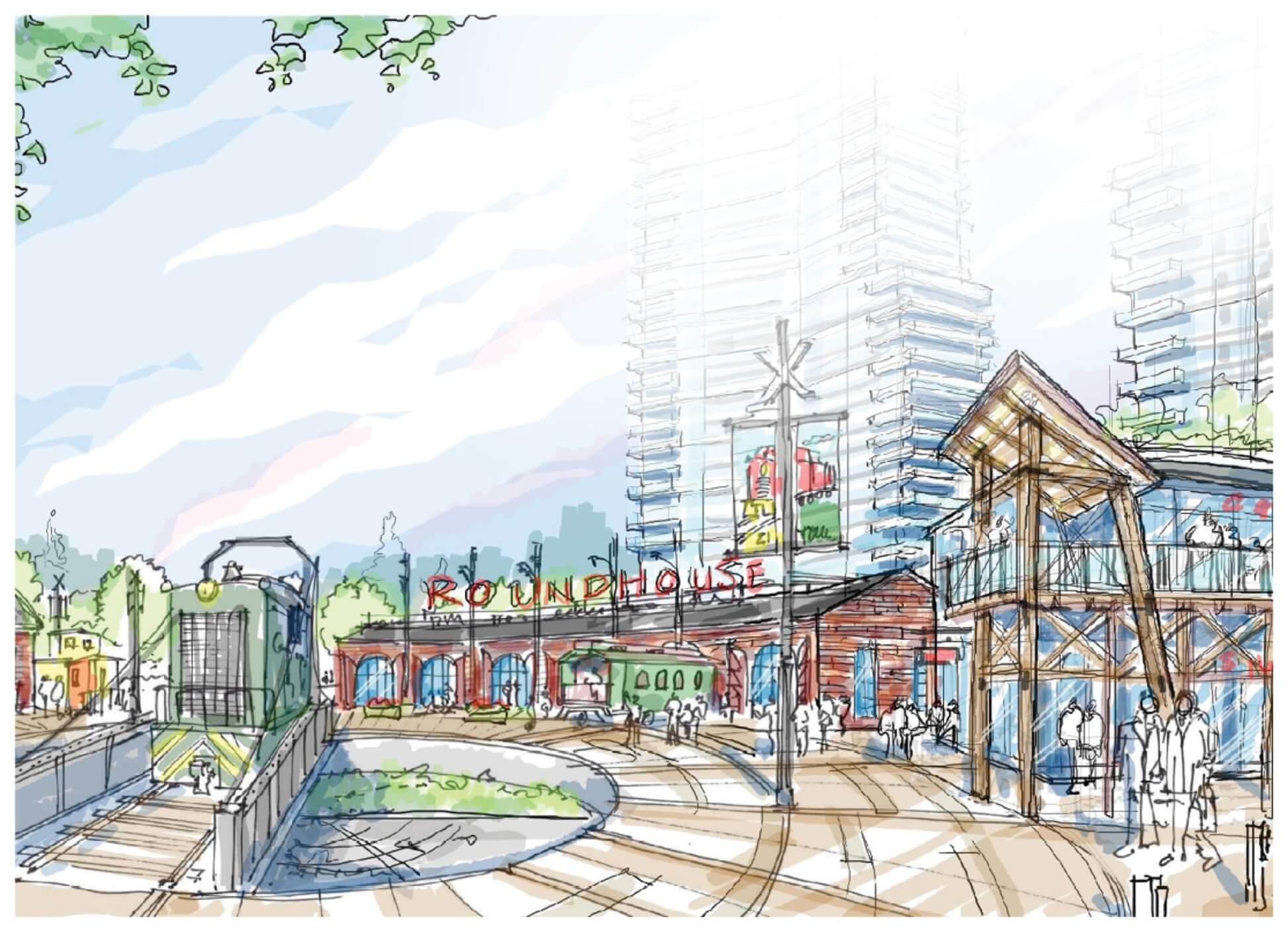 More than 10,000 people have fatally overdosed in BC since declared public health emergency