Art was in bloom in Saanich over the weekend!

On Saturday, 40 volunteers from the Falaise Community Association, the Greater Victoria Placemaking Network, and the local neighbourhood, installed a road mural on Falaise Crescent.

The mural was designed by Desiree Shelley, a local artist, who worked with neighbours to develop a design that reflected the identity of the street.

The artwork portrays a motif of yellow montane violets, chosen because Falaise Park is one of the few places in the region where the rare flower is found.

“The mural captures the identity of Falaise Crescent, and it was a pleasure working with neighbours to develop the design,” said Shelley.

“I’m glad that the design of the road mural includes an important part of the history and ecology of the neighbourhood.”

The project is a first for Saanich, receiving funding from a Community Well‐Being and Placemaking Projects Grant from the District of Saanich, and has been installed as a pilot.

Phelps Bondaroff worked with Saanich to develop road mural guidelines and will be studying the impact of the road mural on vehicle speeds on the street. The FCA will maintain the mural and throw a repainting part next summer.

“It was great to get neighbours together to install the road mural beside the playground entrance of the park and I’m looking forward to the response from our community,” said Stuart Macpherson, president of the FCA and co-initiator of the project.

“The mural design captures a key element of the history of our neighbourhood and reminds us of the precious Garry oak ecosystem in Falaise Park.” 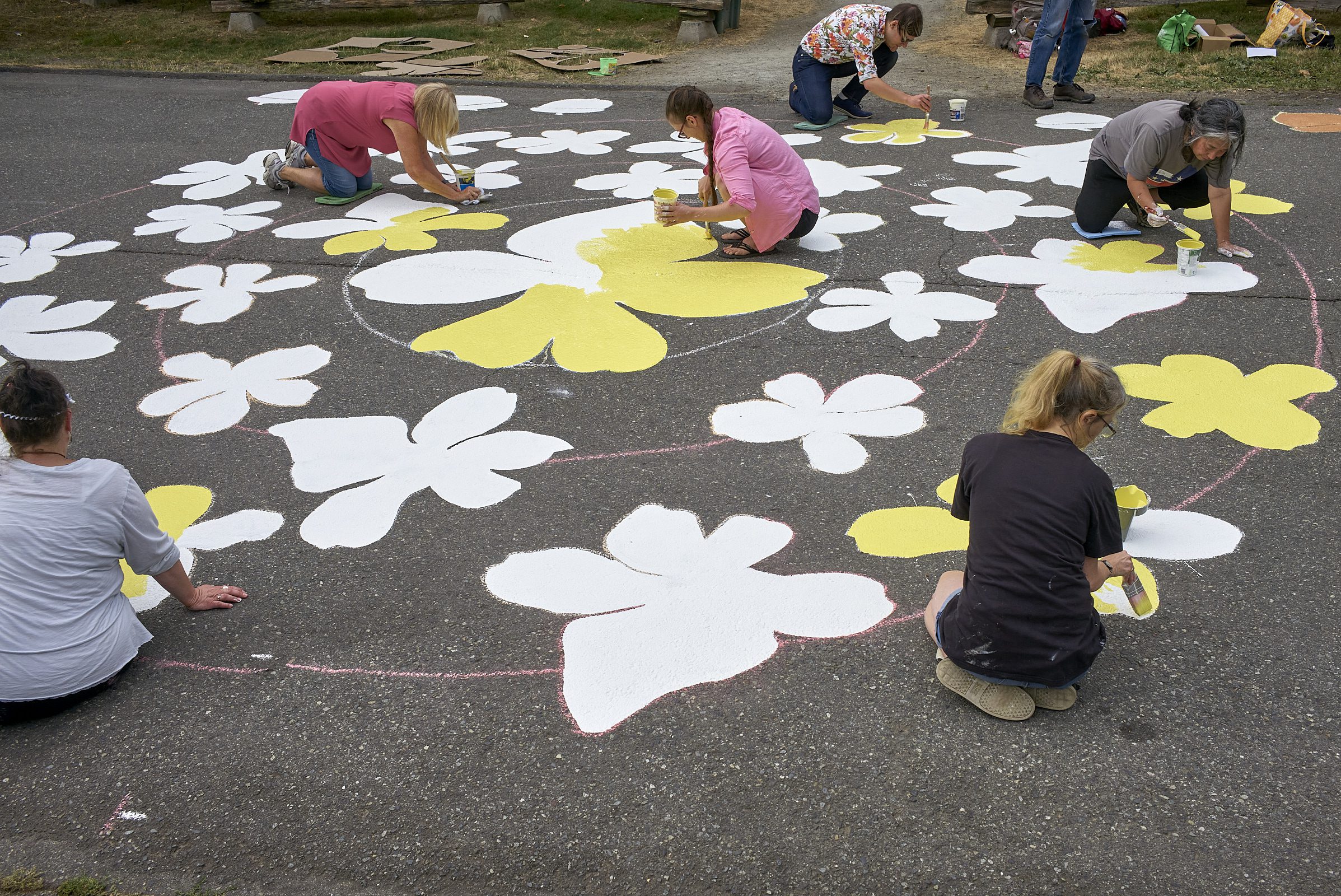 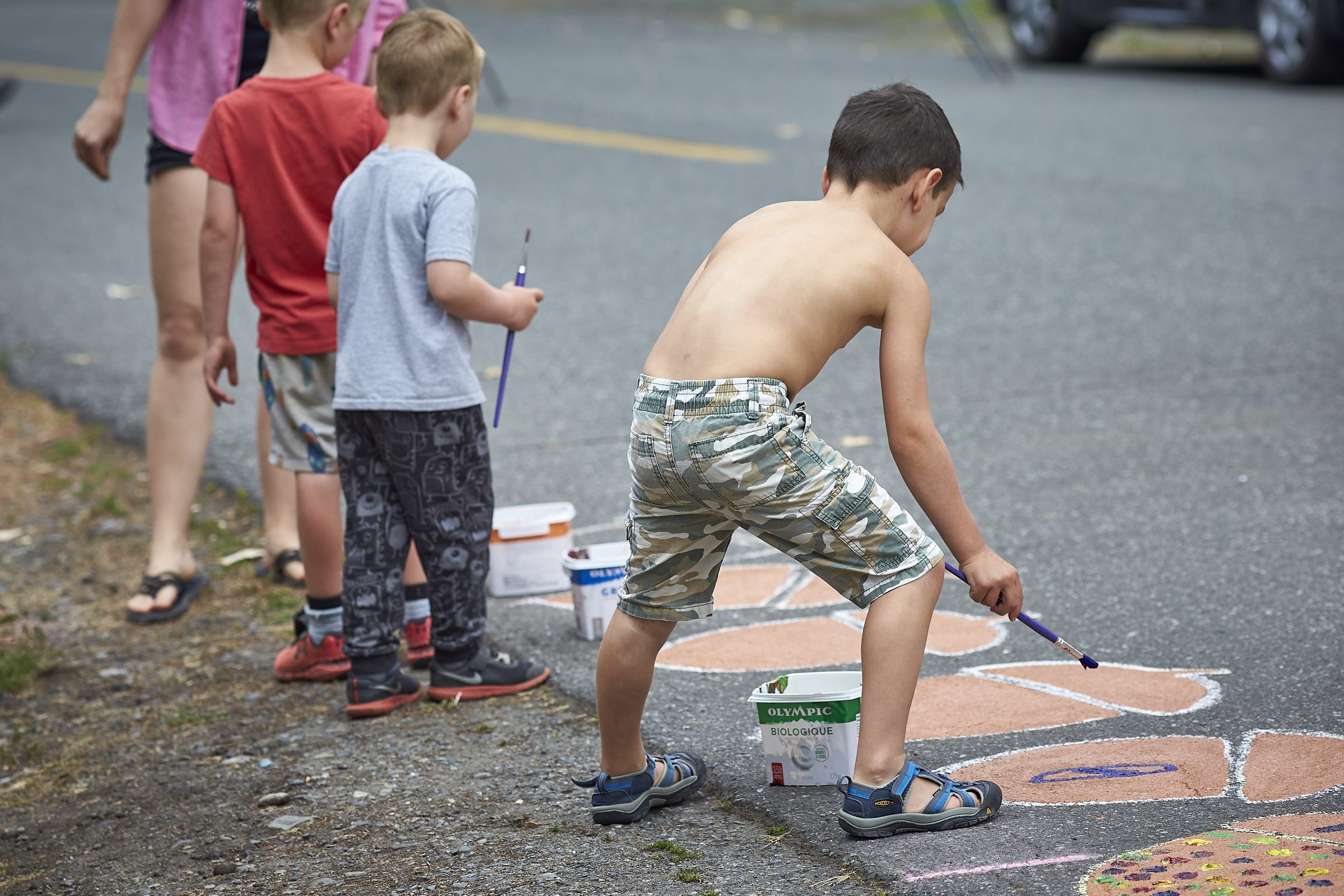 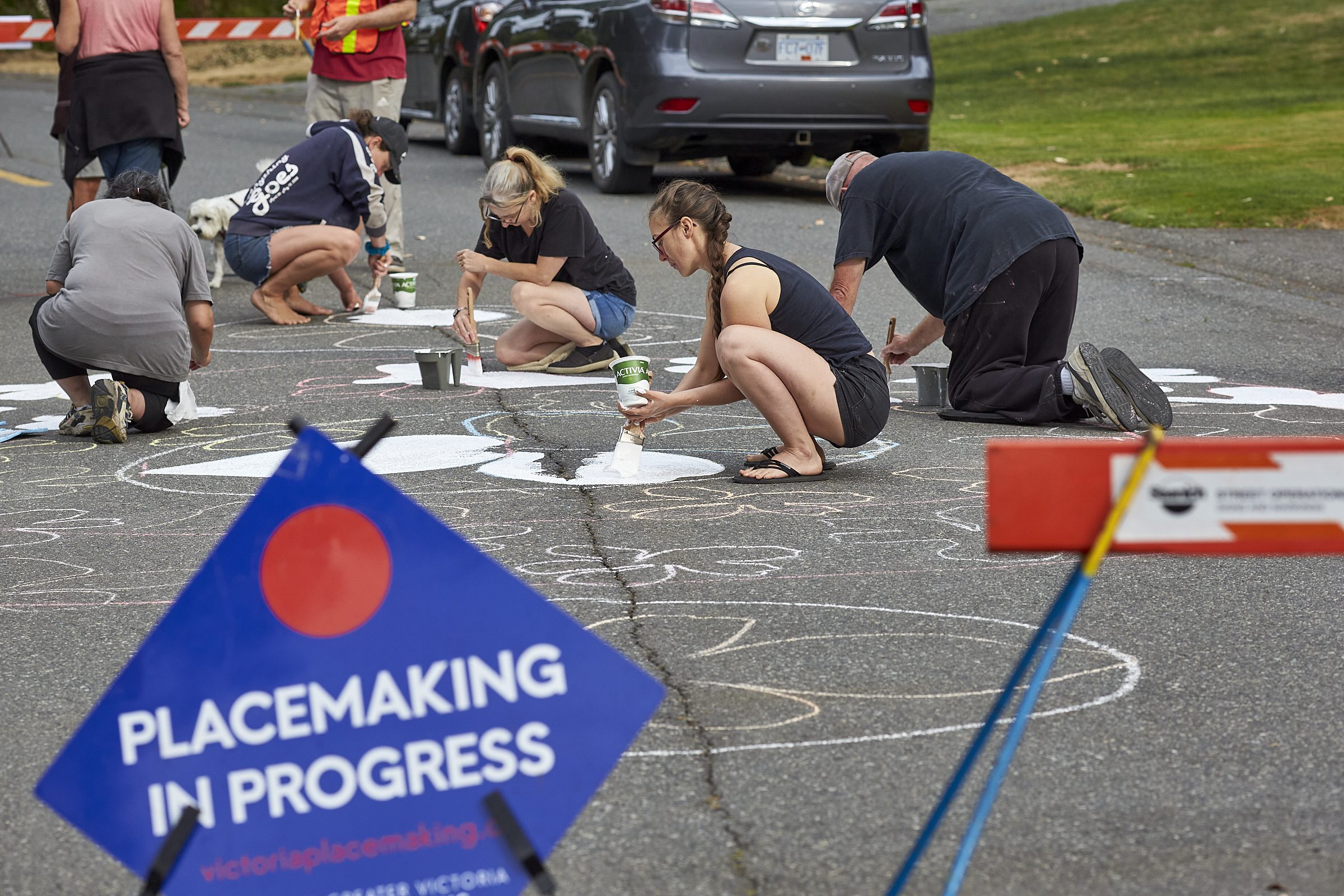 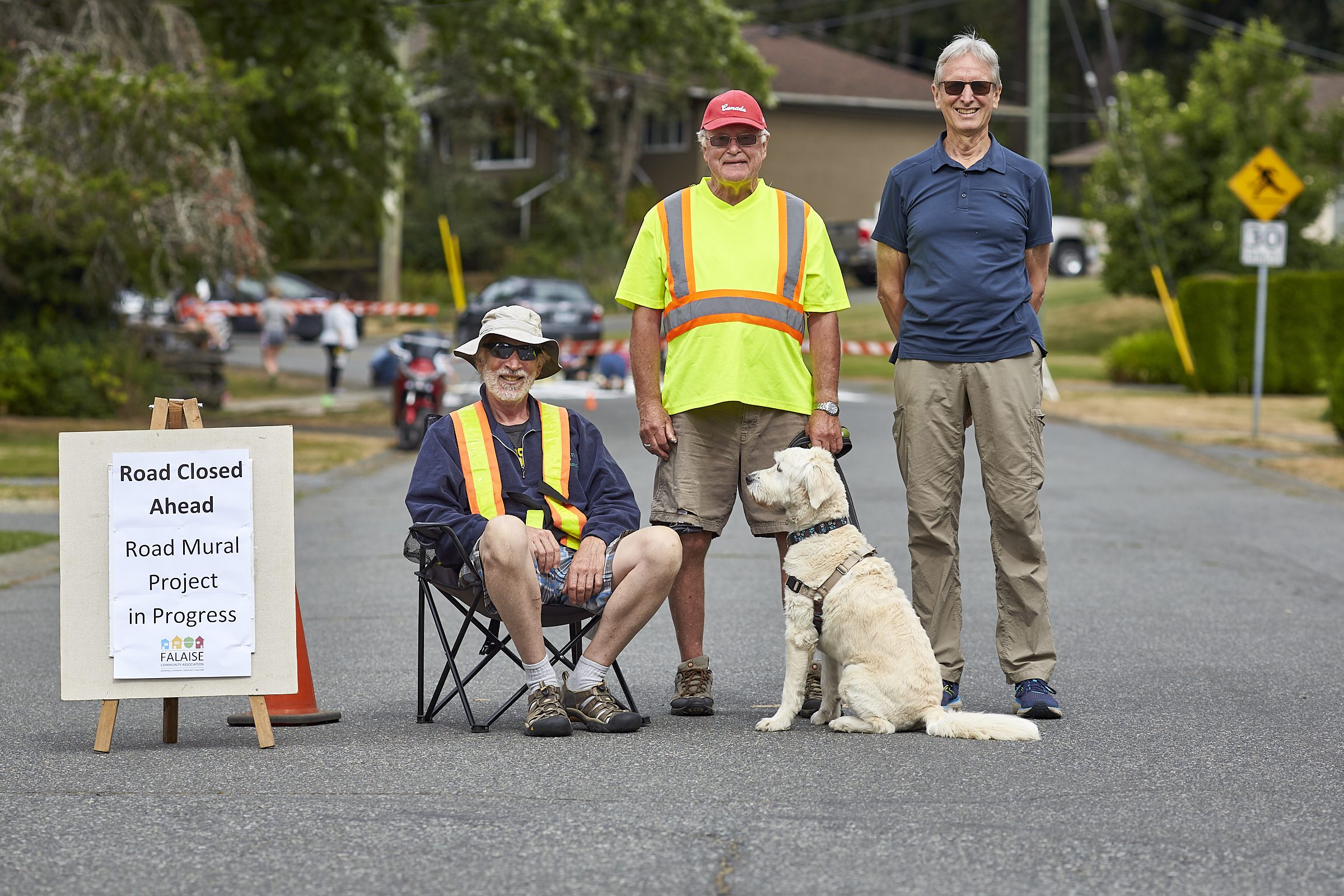 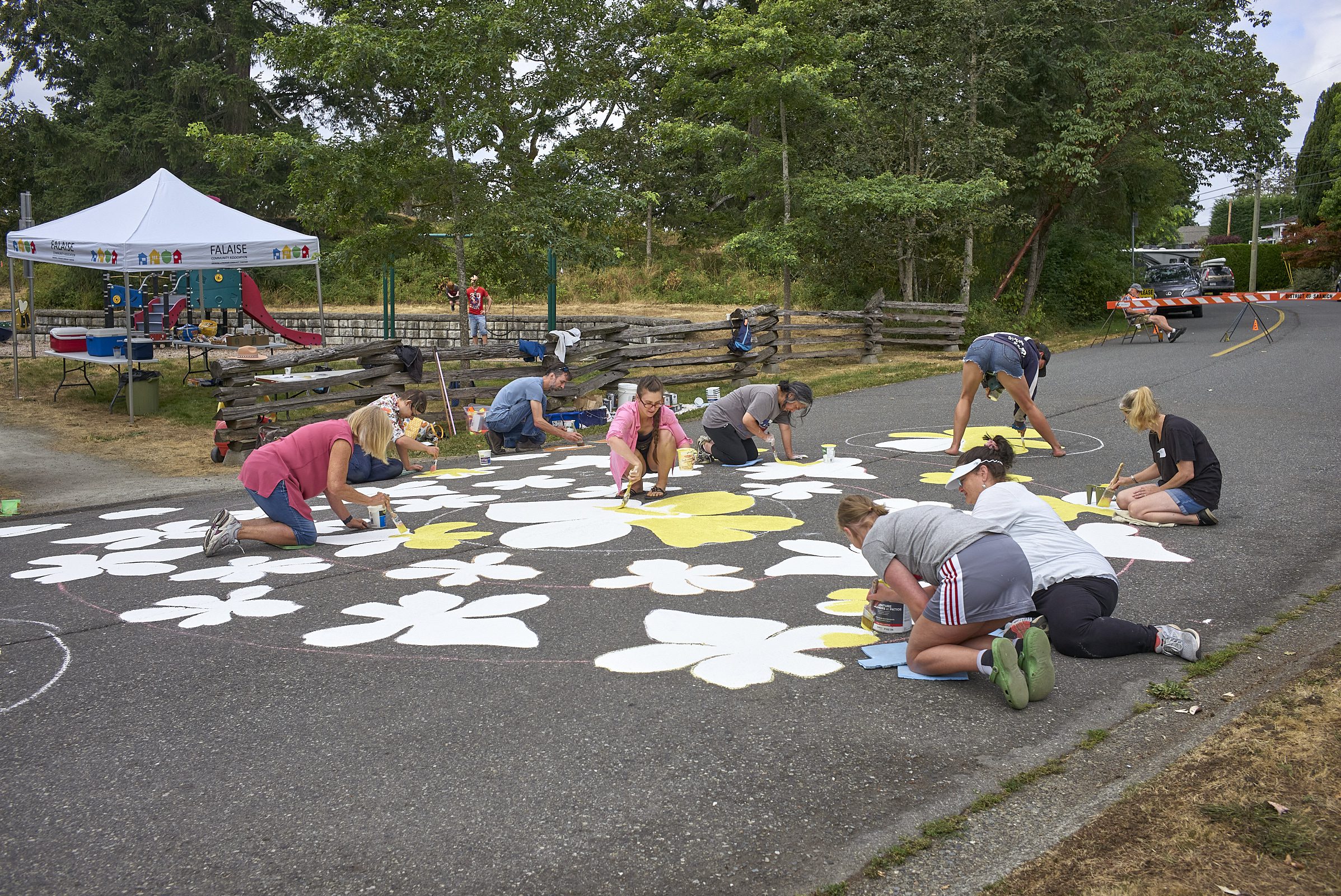