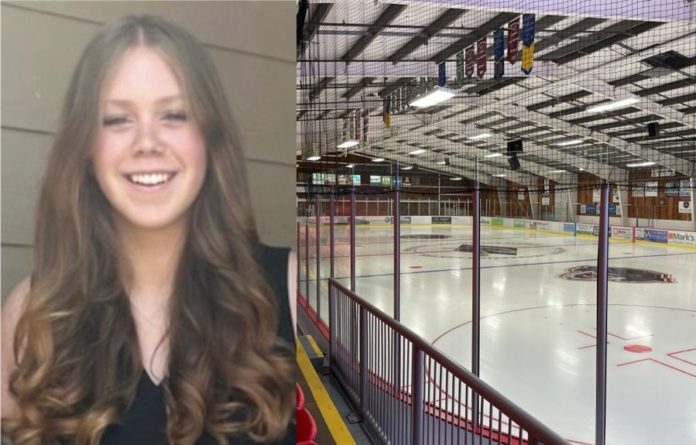 Female goaltender, Jaelyn Davis turned 16 in June and is now eligible to play in the 2022-23 season in the Vancouver Island Junior Hockey League (VIJHL).

The Peninsula Panthers are the most recent Brent Patterson Memorial trophy champions.

Part of the key to their success has always been to promote young hockey players from the Peninsula Minor Hockey Association (PMHA), according to the team.

Davis was asked to come out to practice with the team earlier this week. Following that the young player got the call up to play with the Panthers this Friday, for an exhibition game against the Westshore Wolves.

“We had five of our guys shooting pucks for the evaluation session and she was not afraid of the shots and that is the most important thing.”, said General Manager, Pete Zubersky.

According to Zubersky, she lit up when asked to play. She was shocked, nervous and excited all at the same time.

Davis will be playing as a backup goaltender but is expected to lace up and get ice time in the game.

The puck drops at 7:30 p.m. on Friday, September 2nd at the Panorama Recreation Centre.

Next Friday is their home-opener against the same Wolves Club.

Here we go! @ppanthersvijhl welcome in @WestshoreWolves in just a few hours for the final Exhibition Tilt before Home Opener next Friday night. Puck drops at 7:30 pm. If you have not seen it, short but interesting article up now at https://t.co/xTgrkXBr56 on tonight's line-up.