While the season hasn’t started off quite the way the Victoria Royals planned, the team just announced the acquisition Jake Poole from the Kelowna Rockets in exchange for an eighth-round pick in the 2024 WHL Prospects Draft.

Poole, a product of McAuley, MB has played his entire junior career in Kelowna after being selected by the club in the sixth round of the 2017 WHL Draft. 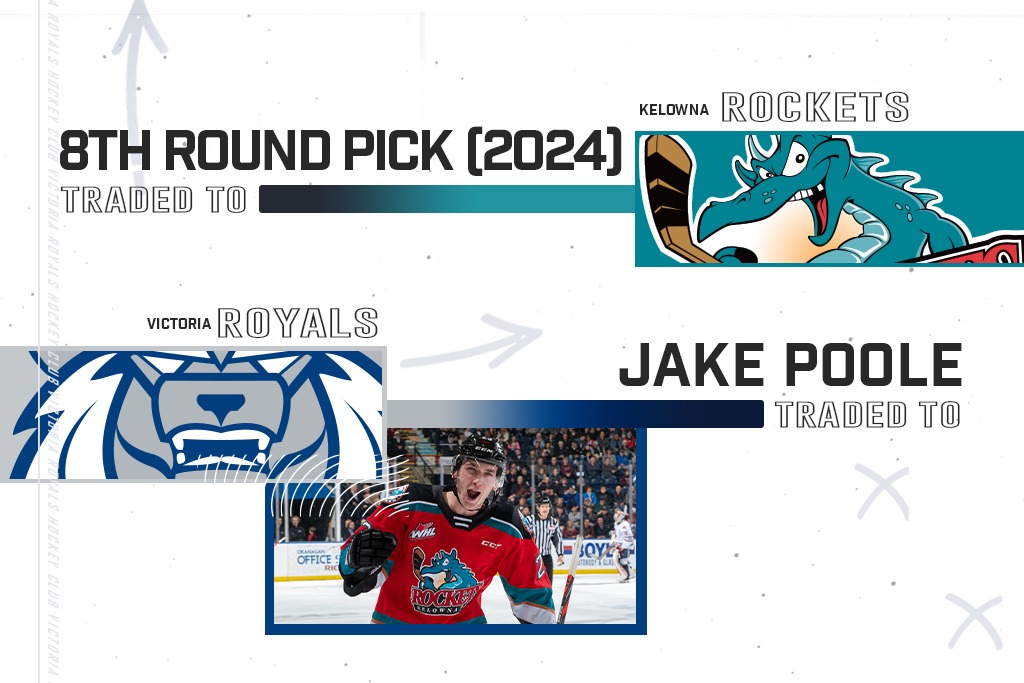 He stands at 6’2”, 197lbs and is a right-handed shot who primarily plays winger.

During his four years with the Rockets, Poole registered 59 points on 21 goals and 38 assists in 124 games.

The Royals will have the added benefit from no longer playing against Poole, who has been one of the team’s biggest boogeymen over the past year, recording 20 of his 32 points and 8 of his 14 goals against Victoria during the 2021-2022 season.

The Royals, who have been plagued with injuries to start the season, have lost their first four games.

Forward Marcus Almquist as well as defenceman Luke Shipley are the most recent Royals to go down, with both not appearing on the ice during Sunday’s shutout loss to Everett Silvertips. Both are expected to return to the lineup this Wednesday.

The next set of home games for the Royals will take place on October 11th and 12th against the Kelowna Rockets. Tickets are available online.

Poole is expected to be in the lineup against his former team when Royals take on the Rockets tomorrow night at Prospera Place in Kelowna.