After a highly anticipated East Coast tour in 2022, the rock band is returning to Victoria on April 1st, 2023.

Fans can expect Scott Stanton and Davers Lang on vocals and guitar, Louie Sadava on bass and vocals, Marcus Manhas on drums, Phil Hamelin on trumpet and keys, and Dave St. Jean on trombone.

With over 100 million overall streams and almost a million monthly Spotify listeners, Current Swell maintains its loyal fanbase both locally and internationally.

Having performed in some peculiar places over the years including vans, trains, and planes, the Swell has blasted vocals before Brazilian audiences, Australian encores, and packed Canadian theatres, since 2005.

After 17 years of creating hits and performing around the world, most of the band have now started families.

Named after the wild animals that roam the Albertan plains that both Stanton and Lang come from, the Swell’s most recent 2019 studio album, is a creative pursuit paying homage to family.

As themes of home and family ring through, Victoria fans are sure to feel the love that Current Swell has to give. 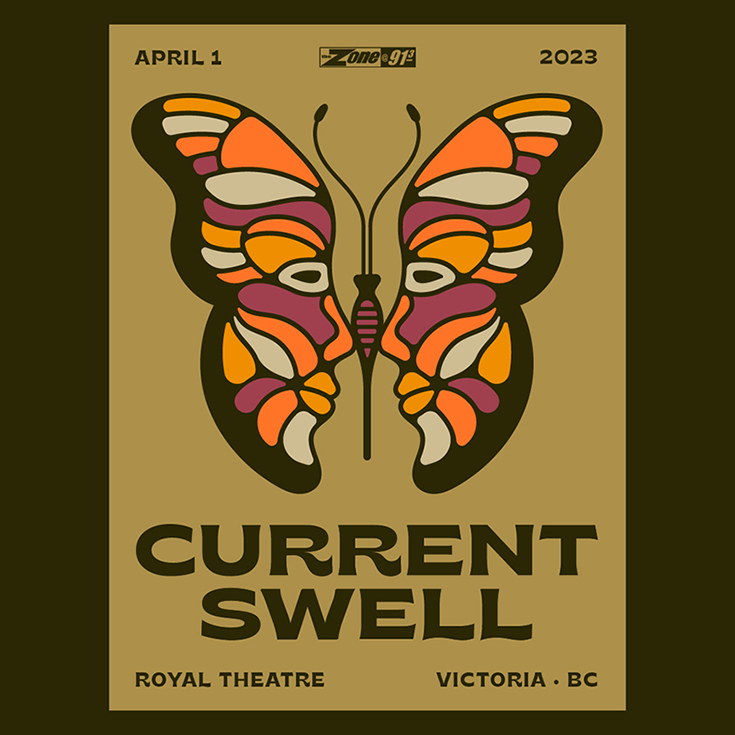