The weekend has arrived and we’ve past the mid-point of January.

From monster trucks to health shows, there’s plenty to see and do in Victoria this weekend, and if you’re looking to volunteer, the Greater Victoria Green Team will be in View Royal removing invasive species from Burnside-Watkiss Park.

Without further ado, here are 11 things to do in and around Victoria this weekend!

The Snowed In Comedy Tour has turned into a Canadian success story, celebrating its fourteenth year.

Four international comedians come together to create one amazing show with each bringing a unique and hilarious take providing something for everyone. Meet the community and remove invasive species at Burnside-Watkiss Park in View Royal.

The Greater Victoria Green Team is returning from their winter break to host the first activities of 2023! They will be focused on removing invasive plants such as Daphne, Himalayan blackberry, English ivy, and other invasive species at Burnside Watkiss Park in View Royal this weekend.

Clubhouse After Dark: Degree One

Looking to dance it up this weekend? DJ Degree One drops a party rockin’ soundtrack of all your dance party faves.

It’s loud, it’s fast, and it’s a monstrous event that will be returning to Victoria this weekend.

Dubbed Motorsports Spectacular, the show will feature the nation’s most competitive monster trucks as they invade Save-On-Foods Memorial Centre for two straight days.

Get your floral print shirts out and get ready to embrace the heat of house music at the Miami Vice headquarters for Miami Vice 2!

We heard your suggestions from the first event and have made sure to significantly lower end prices on all tickets. There will be 3 DJS with house and club hits.

Learn about the health industry and products that can be valuable to you! There will be entertainment new products and services. The Health Shows is an opportunity for an awesome weekend of shopping, savings, and education, all under one roof.

Get those stretchy pants ready. Victoria’s largest foodie event is back.

Dine Around and Stay in Town is our region’s most highly anticipated culinary festival, where over 50+ restaurants, pubs, and bars put their best dishes forward in designing prix-fixe, multiple course menus. These delicious meals range from $25 to $65, and are a fantastic way to sample that new restaurant you’ve been meaning to try.

The soy candle workshop includes some fun facts about candle making, a great choice of colours and scents to choose from, and all the helpful hints and hacks required to produce your own beautiful soy wax candles!

You will make your own beautiful candles in three separate batches – each batch giving you a choice of vibrant colours and dozens of great scents! Your two-hour workshop will usually produce twqo travel candles, two whisky glass candles and two jam-jar candles – all suitable for your own home decor or gifting!

Wildlife Photographer of the Year

Explore the awe-inspiring wonders of the natural world captured through the lenses of award-winning photographers.

Now in its 58th year, the esteemed Wildlife Photographer of the Year exhibition showcases a global selection of photojournalism, from glimpses into amazing animal behaviours to extraordinary natural landscapes. Each photo is presented in a huge backlit display with a caption exploring the image’s story.

An alternative drag experience celebrating the creepy, the camp, and the cringe! All ages but not necessarily family friendly. 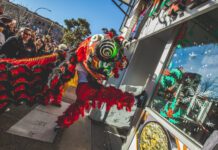