This weekend thousands of Victoria Royals fans proudly cheered on the home team and they had good reason to.

With back-to-back high-tempo victories, the Royals pushed themselves closer to playoff contention by sweeping the Kelowna Rockets.

Starting the weekend on a strong note, Royals’ netminder, Brayden Holt stole the show, stopping all 29 shots made on the net by the Rockets, leading the Victoria  to a 4-0 win on Friday, January 13th,

Friday’s game, marked the third shutout of the season for Holt and the second since he joined the Royals on December 27th.

Hey have you all seen this picture of Braden Holt? 🧱#ReadyToRoar pic.twitter.com/IKqL1NkF9Z

Holt credits his success to the growing relationship he’s developed with his new teammates.

“I think I just click with the team really well,” said Holt in a postgame interview. “We’re a tight-knit group, I never felt like the new guy, and that starts in the locker room. Everybody has made me feel so welcome and I just want to go out and play for them, just like they want to play for me.”

While Holt held strong in the net the Royals forwards went to work. Over the course of three periods, the Rockets’ defence couldn’t find an answer to an agile Royals force pressuring the net and finding several 2-on-1 attempts that included two breakaways.

Catch last night's highlights! Spoiler: All the goals in here are from us 😉#ReadyToRoar pic.twitter.com/Q0iJL170cx

After Kelowna’s Talyn Boyko (13-22-3-0) let in two of nine shots, Boyko was replaced late in the first period by Jari Kykkanen who went on to stop 29 of 30 shots.

With their eyes on one mission — a playoff berth. Saturday’s game posed a greater challenge with higher stakes as the Rockets desperately fought to defend their playoff position.

As the energy of the game picked up significantly from the day before. An action packed Saturday game wasn’t the only thing fans got to enjoy.

During the second period, the Royals increased their advantage to 3-1 on a goal by Riley Gannon (12) with forward Tanner Scott assisting.

After a back and forth exchange late in the second, Alex Edwards would snuff the Rocket’s chance of a comeback, giving a 4-1 lead.

Before the second period drew to a close, Kelownas’ Dylan Wight would get a powerplay goal, closing the Royals’ lead to 4-2.

In the third, Royals Tanner Scott and Rockets forward Max Graham would put up points, bringing the score to 5-3 as the game entered its final minutes.

Victoria would cap off the night with a 6-3 victory scored by Matthew Hodson (11) at 14:23 of the third period and assisted by Teague Patton and Kalem Parker.

Oh how sweep it is

While it’s apparent the team’s bond is now growing both on and off the ice, local crowds are responding in support of the team’s renewed energy.

As the Royals’ win column continues to grow so do the numbers in the stands.

In comparison to home games just one month ago, the Royals faced off against the Tricity Americans on December 16th (3,761) and 17th (3,184) with a hometown crowd of 6,945 between the two games.

After a successful weekend at home, the Royals will hit the road next week as the team is set to  face the Tri-City Americans on Wednesday, January 18th and continue Friday, January 20th against the Winterhawks.

Dan Price recaps tonight's effort, and how the team will start preparing for their busy road trip next week 🎙️#ReadyToRoar pic.twitter.com/qWwBq05p0T 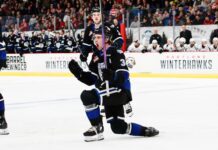 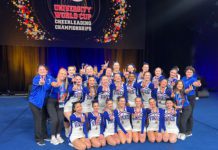 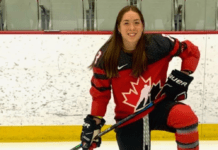 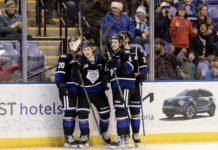 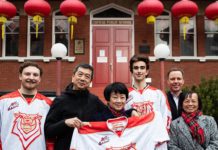