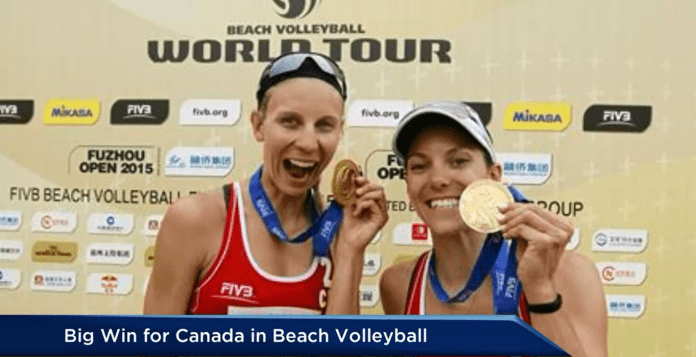 Victoria’s own Jamie Broder speaks to Global News about her recent beach volleyball win in China and what it means for the Canadian team on the world stage. It’s the first event of the 2016 Olympic qualification period.


Jamie Broder of Victoria and Kristina Valjas of Toronto have written their names large in the sand of the FIVB World Tour, which is the NHL of beach volleyball.

The Canadian pair spiked and dug their way to a major career breakout achievement Sunday by winning the China Open in Fuzhou, the first qualifier for the 2016 Rio Summer Olympics.

It is the first medal Canada has won in the history of the women’s FIVB.

“For it to be the first medal for Canada, and for that first to be a gold, makes it huge for us. It’s overwhelming and feels surreal,” said Broder, by phone, after arriving in Toronto on Monday.

“We went in with a really positive mindset. China is not the easiest place to play. We continued to believe in each other and pushed through. We couldn’t have asked for a better start to Olympic qualifying. It’s going to be such a tight race to qualify for Rio.”