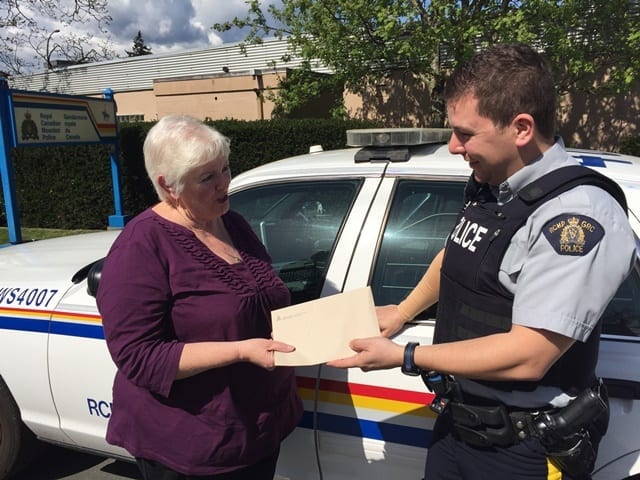 The owner was notified by her husband after seeing this report on the news. She was able to describe every detail of where, when and how she lost her money. The sum was $50.

We are very happy the public came together to help us return the money to its rightful owner”, says Cst. Alex BERUBE, spokesperson of the West Shore RCMP. It doesn’t matter what the total worth was, if this does not represent much for some, for others it might be a week’s worth of groceries. After all, we are here to assist in returning found properties, no matter what it is.

West Shore RCMP would like to thank the public for its assistance in this matter.

West Shore RCMP are praising the selfless act of a Good Samaritan by bringing an undisclosed amount of money to West Shore RCMP after finding it today at a West Shore restaurant. It can be challenging to prove ownership of the money that was found; therefore police are not divulging the location or amount of money found, which would only be known to its rightful owner.

We really appreciate the dedication of the woman who turned in the money to us in effort to retrace its owner, says Cst. Alex BERUBE, spokesperson of the West Shore RCMP.