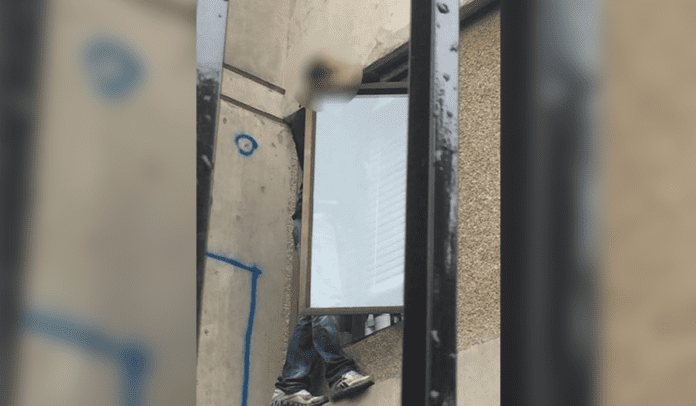 One man is in custody after office workers downtown spotted a man climbing up the exterior of a building.

Victoria police said they were called to the 1000-block of Douglas Street just after 8 a.m. Wednesday, when officers arrived, the man was on the exterior of the third floor.

He tried to pull off a fast one, by climbing down to the second floor and entering a suite, claiming he lived there.

Unfortunately for him, one of our officers was already in the suite with the sole resident, waiting to arrest him when he entered.

The man is known to police. He was taken into custody and charges are pending.