The song “Open Heart”, premiered on Wednesday and was inspired by people who love deeply and genuinely, featuring a spirited melody alongside a vibrant and colourful music video.

“…in life you encounter these people who just have these wide open hearts — sort of like the grinch at the end of the movie where his heart is three-times too big — but that’s where they start,” Chalifour told Victoria Buzz.

“They’re the first ones to love and the last ones to leave and they bring so much richness to our lives, but sometimes it’s hard to watch. I just wanted to honour that journey.”

Open Heart is his first release since competing in the final rounds of the music-reality television series, The Launch, and departing from local indie band, Towers and Trees.

Bringing a song to life

While writing the lyrics and composing the melody, Chalifour began to outline his plan for an accompanying music video.

He knew that he wanted the video to star around a central character whose colourful presence slowly began to brighten their dull and bleak surroundings.

“I had the idea pretty early into writing the song of a dance video that stars a central larger-than-life character,” said Chalifour.

“They would be in a really bleak and colourless space and are surrounded by dances that are also colourless. But then, through the process of dancing and their refusal to turn down who they are, they’d sort of light up the world around them.”

“I would love it if the star of this video who could interpret the song, and give it their own voice and their own meaning,” he added.

That’s the idea the Chalifour pitched to Open Heart’s music video director, Shiraz — a local comedian and producer — who then said that he had the perfect person in mind.

JIMBO is a local drag queen who has starred in scores of performances across Victoria for years. Her love of art and performance began as a child, and eventually evolved into a passion for performance art.

She had worked with Shiraz during previous productions, and though she was nervous to star in a music video at first, her trust in Shiraz and Chalifour’s vision eventually won out.

“I think it’s a really beautiful and catchy song with a great message about acknowledging the love and energy and about putting art into the world.”

“It sort of embodies what he’s trying to do as a performer while also elevating another artist. He [Chalifour] didn’t want it to feel self serving, he wanted to pair it with someone else or another artist and have it star them.”

Check out the music video for Adrian Chalifour’s newest single, Open Heart, below.

Observant viewers may recognize a familiar background, as the video was shot entirely within the E & N Roundhouse in Esquimalt.

You can also watch a poignant mini-documentary of JIMBO’s creative journey and history below: 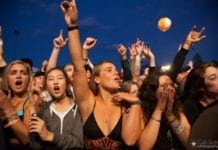 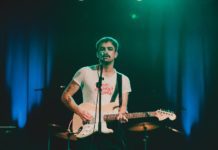 10 Victoria-based musicians to add to your playlist in 2023 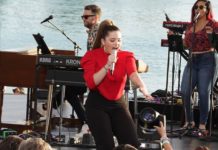