Were you there to watch the fur fly?!

This past Saturday, December 7th, the Victoria Royals hosted their annual Teddy Bear Toss Night – and as usual, it was a roaring success!

Fans were urged to bring a new or gently-used teddy bear and throw them on the ice after the Royals scored their first goal on Saturday – and the announced crowd of 6,633 fans didn’t have to wait long for the magical moment.

It was only 3:21 into the first period when Victoria’s River Fahey sniped one over the shoulder of the Seattle Thunderbird’s goalie to send the barrage of stuffed animals flying towards the ice.

And an onslaught it was, as a literal downpour of stuffed animals rained down from the stands, with over 4,200 furry friends hitting the ice in celebration of the Teddy Bear Toss goal.

All of the stuffed toys collected will be cleaned, dried and delivered to local charities just in time for Christmas.

A Royals win was the cherry on top of this holiday tradition, as they triumphed 3-1 over the Seattle Thunderbirds – after a loss to the visiting team just the night before.

Victoria goaltender Shane Farkas was also named the Eli Wilson Goaltending Goaltender of the Week on Monday, posting a 1.19 goals against average and 0.963 save percentage in three games.

Check out these photos and videos of the Royals’ Teddy Bear Toss Night: 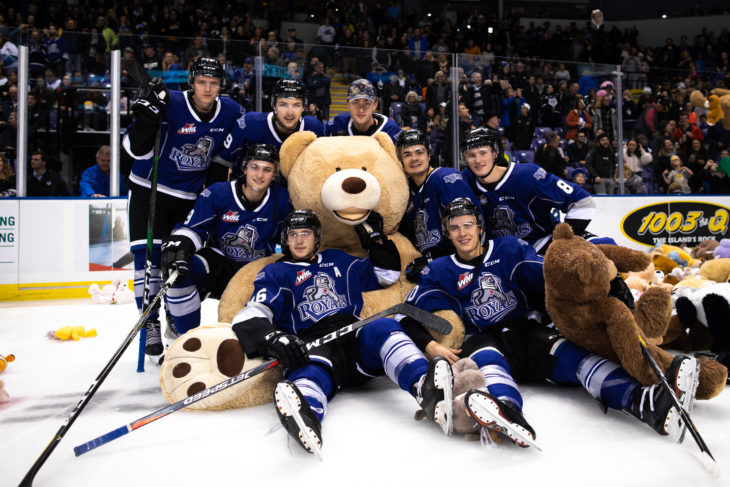 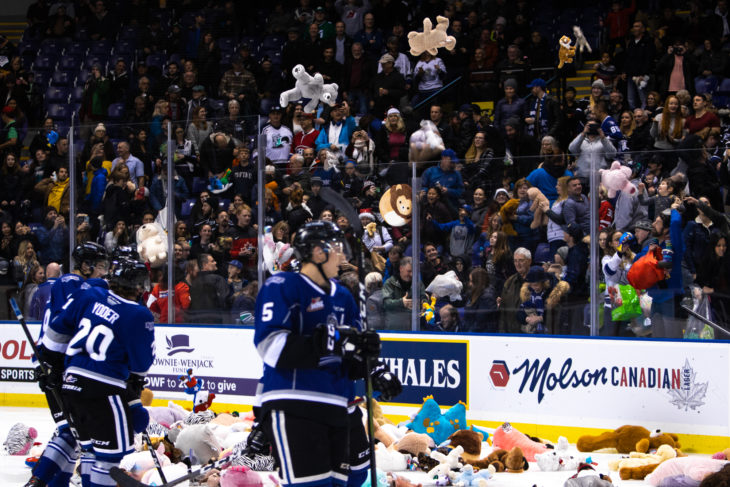 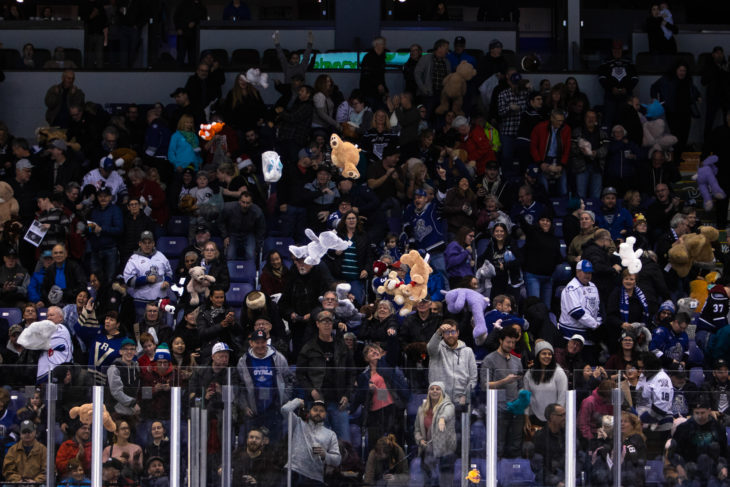 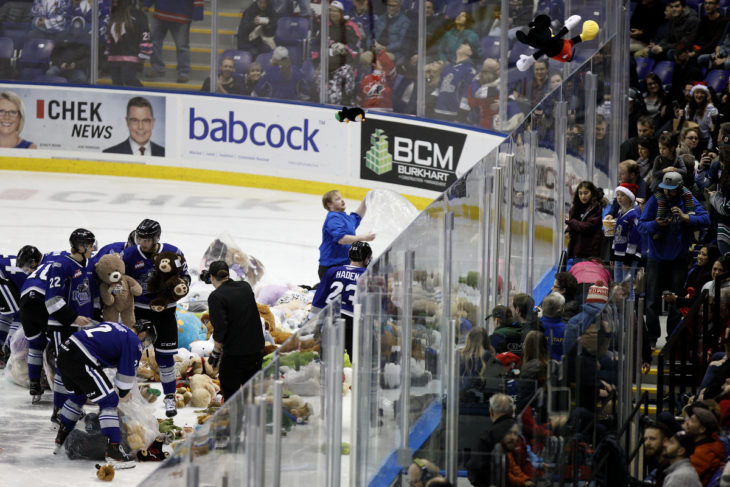 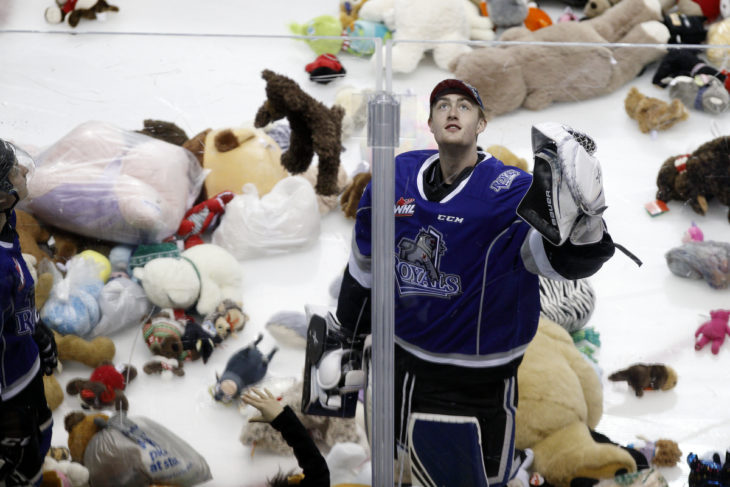 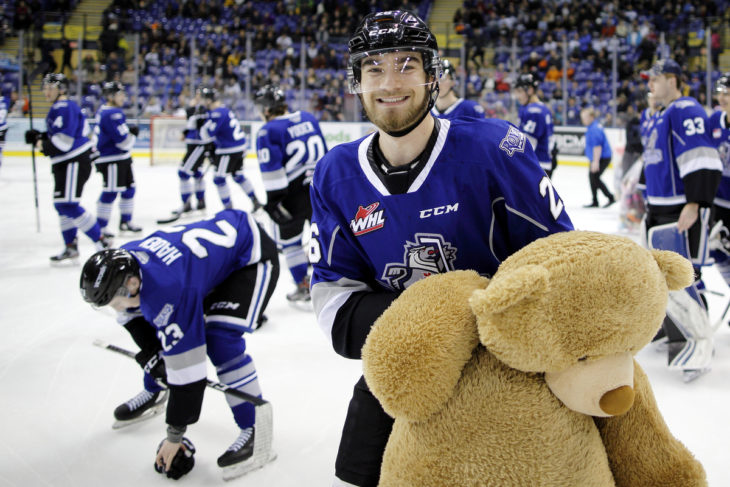 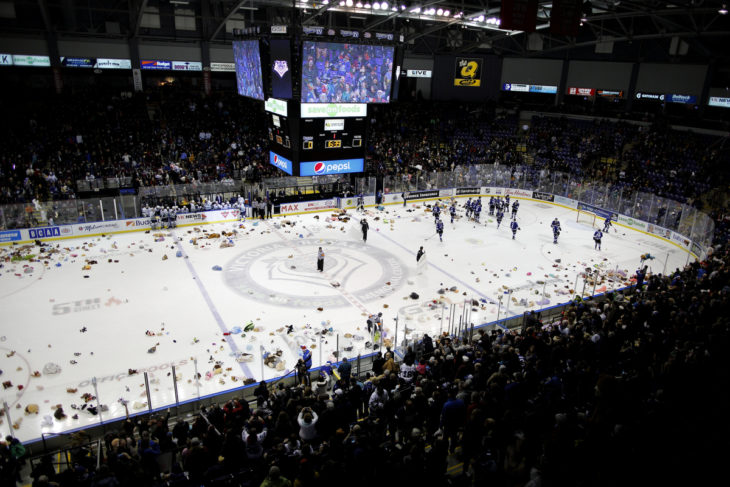 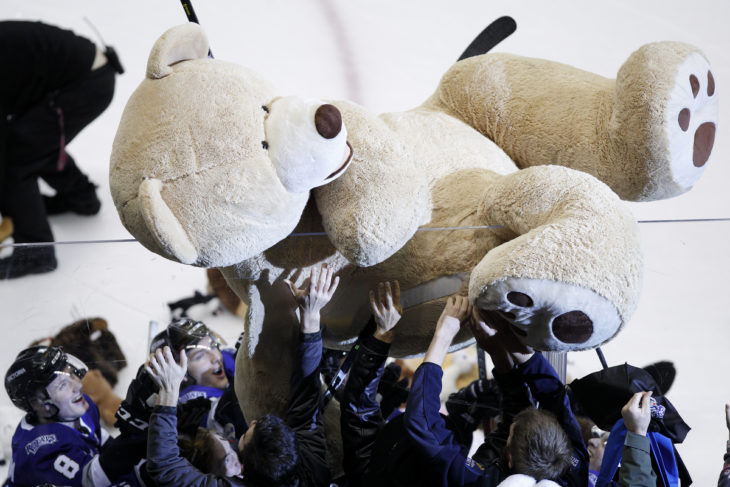 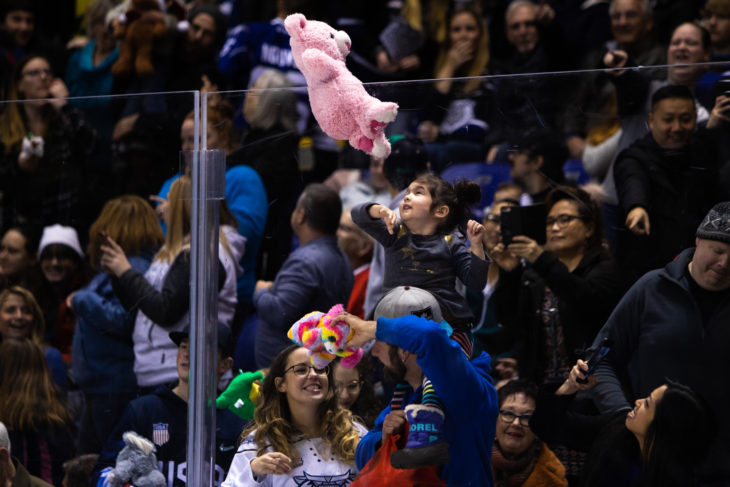 River Fahey scores the magic goal for @victoriaroyals! It's a shower of teddy bears at the @SOFMCVIC!

Solid team work by fans & players in attempting to get this Volkswagen sized teddy bear over the boards. @victoriaroyals teddy bear toss was a great success as was the game, 3-1 Victoria. #HockeyTwitter #RoarWithUs #WHL #Canada pic.twitter.com/6mw3qn8WKt

The big bear is always my favourite. pic.twitter.com/KFgWGGVshc