Did you know that only 40% of kids with mental health challenges in BC are getting the specialized care they need?

You can help fix that.

This April, your spring cleaning and donation of old recyclable bottles and containers can help kids across the province get the help they deserve.

In April, all generated proceeds from those donated, recyclable containers will help support mental health programs at BC Children’s Hospital.

BC Children’s works to help bring the mental health expertise and resources at BC Children’s to more kids, families and care providers across the province.

They are also helping experts identify and treat conditions in children earlier, because with most mental health challenges among British Columbians beginning by age 18, they know that early intervention is the key to preventing a lifetime of struggles.

In British Columbia alone, more than 95,000 children and youth are affected by mental health issues.

If you’re looking to donate and help kids across the province, you can drop your recyclables off at one of Bottle Depots’ three charity donation bins located at 3961 Quadra Street, 4261 Glanford Ave and 655 Queens Avenue.

No sorting is required on your part!

The support doesn’t end there, however. Sorted refundable beverage containers can be donated year round by bringing them inside a Bottle Depot location and mentioning the BC Children’s Hospital Foundation to the teller.

Last year, the Bottle Depot raised $10,000 for the BC Children’s Hospital Foundation for their charity campaign. Can we beat last year’s record? 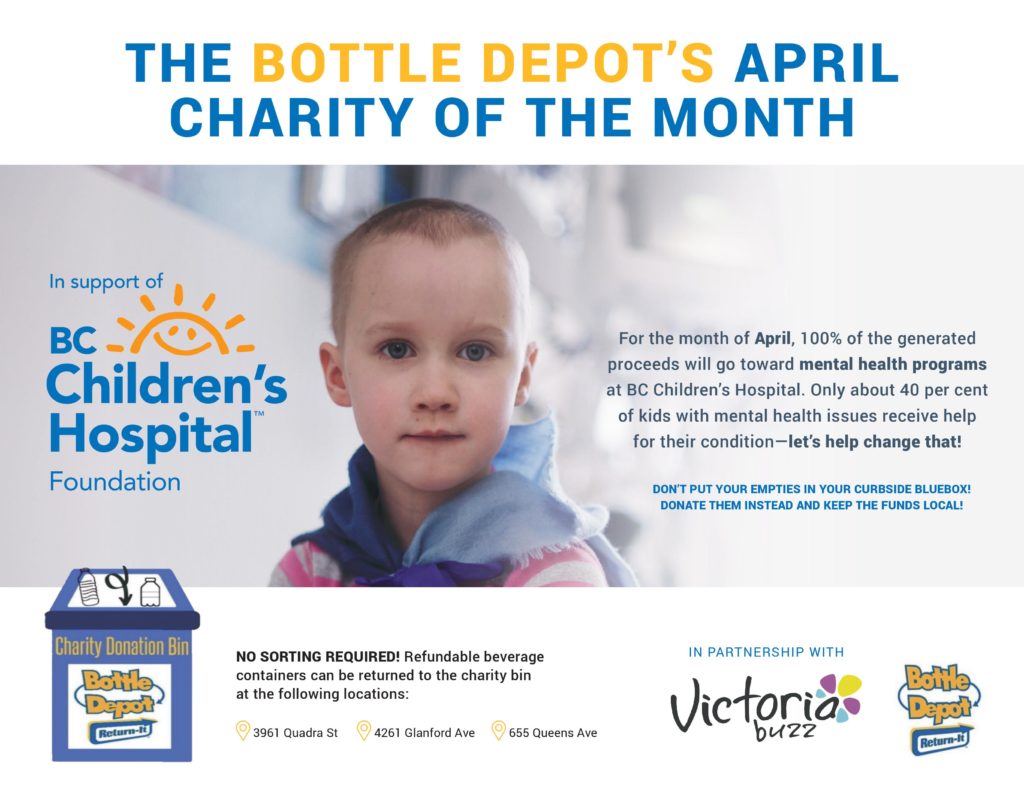