The HAVN Harbour Sauna, a two-level floating spa built on a barge, got a unanimous vote with the full support of Victoria’s city council on Thursday night.

HAVN is the brainchild of the same person who started the iconic Victoria brand, ANIÁN, Nick Van Buren.

After selling his shares of ANIÁN to his business partner, he began looking for something else to focus his entrepreneurial spirit and creative visions on.

Van Buren found a small boat, gutted it and made a sauna boat out of reclaimed driftwood. The sauna boat became so popular that he started thinking about doing it on a larger scale. 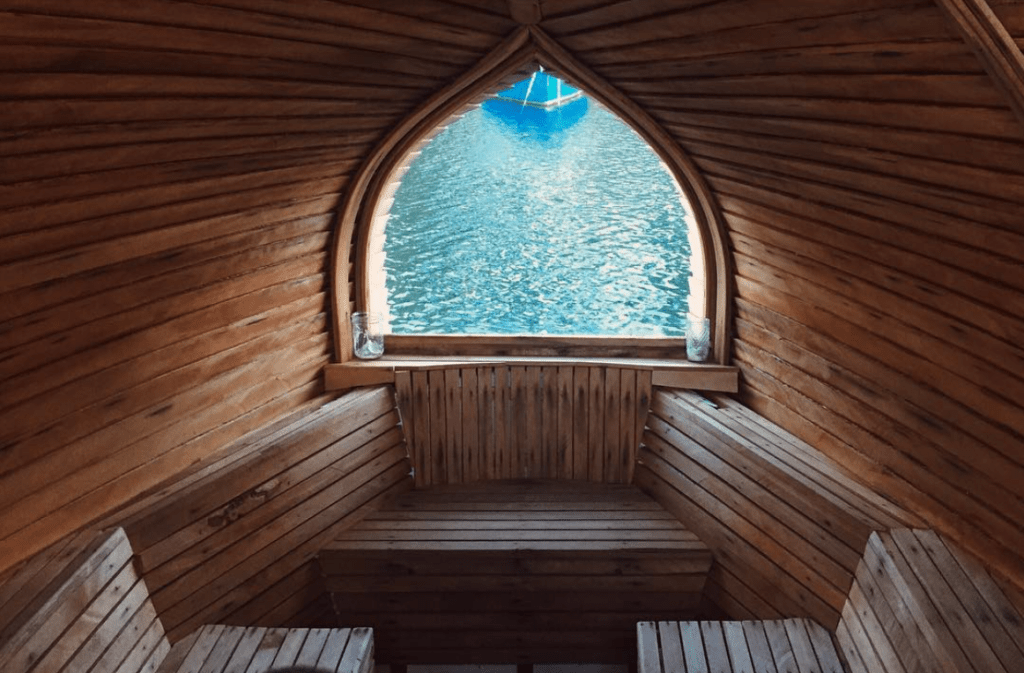 Through a friend of his, Van Buren was able to find an investor who was interested in financing the project.

Van Buren pitched a couple ideas to his investor that he had been thinking of but he shot them down. Then he told the investor about his sauna boat and told him how he was thinking about doing that, but on a much larger scale.

“I was like, ‘I got this sauna boat and I think we could do something like that but commercial,’ and he said, ‘that’s sick, I’m gonna get on a float-plane tomorrow,’” said Van Buren.

“So he flew in, came to my house, I put together a pitch, we chatted for 10 minutes, drank a few beers, and he told me he was good for it.”

That money gave Van Buren the capital he needed for some seed money in the project, and he started putting things in motion from that point forward.

The first thing he needed was a suitable vessel, which he initially wanted to be a single-level barge.

As luck would have it, a man who built a shipyard just off the tip of northern Vancouver Island had a barge, and he got in touch with Van Buren to tell him he was selling everything.

The mariner told Van Buren he didn’t have a single-level barge but he did have a two-level one.

“We found this out in West Cracroft Island,” Van Buren told Victoria Buzz. “It’s in the Broughton Archipelago off Port McNeil.”

Van Buren said that the vessel’s origins are with the American Navy. The ship was built in 1943 in Tacoma and it has seen a lot of action.

“It’s had an adventurous life, it went to Pearl Harbour, it went to San Diego, it looped around the Pacific.”

They had designed the HAVN Harbour Sauna as a single-level spa initially but they knew the deal on the two-level one was too good a deal to pass up, so they took it and did a redesign.

Van Buren did all the architectural design himself and he had a vision of sustainability from the very beginning.

He and his team have been reclaiming driftwood from the shores of Vancouver Island and using that wood for all the saunas and all the facades.

Van Buren said that usually in saunas, the wood you’ll see is not obtained through ethical means.

“The only way to get lumber this quality is to cut down old-growth trees, so most people who build a sauna that has beautiful cedar in it, that came from a system where a logging company logged an old-growth forest, brought it down, processed it and paid a premium price for the best cedar,” Van Buren told Victoria Buzz.

“We didn’t want to do that, so we just picked them up off the beach,” “They’re thousand year old trees but they’re just drifting around the ocean.”

“It’s the most sustainable way to do it.”

The last hurdle Van Buren had was where to put this barge. He began construction on it while he scoured Vancouver Island for a place for it to moor.

Where to park the floating spa

“It was very difficult to find any marina that would even talk to us.”

Van Buren landed on the Inner Harbour as the ideal spot for the floating spa through talking to the Greater Victoria Harbour Authority.

HAVN then had to get permission from all other businesses around them to park the ship in the spot they wanted, and that was before they even began the process to get the green light from the city.

They spoke with Harbour Air and it took several months to get permission from them, but eventually it all came together for them and they signed a tentative lease for their spot at Ship Point.

Next they had to get the council’s approval.

When Lisa Helps and her council were in office, Van Buren pitched the idea to the council and received unanimous support. He was hopeful to have all everything passed and completed while they were still in council but he missed the boat on that by a slim margin.

So now he had the challenge of convincing an almost entirely new council that HAVN will be good for Victoria and its people.

After jumping through hoops for more than a year, on Thursday, January 12th, the city council approved the project for Ship Point.

There are multiple saunas on the top deck along with room for garden planters, huge hot tubs, cold pools, dunk buckets, showers and beautifully done reclaimed driftwood features. The main deck will have tubs as well but will mostly be a changeroom.

Van Buren is excited about what the near future holds for him and his project.

“Last night the city voted and the councillors are going to allow us to be here, but the real vote is going to be left for the people of Victoria,” Van Buren told Victoria Buzz.

Van Buren wants to have construction done and have it in its new permanent home in three months, and is so excited to be able to share his vision and his hard work with all Victorians.