The 44th Canadian federal elections are just days away, which means it’s the last chance to cast your ballots.

On September 20th, residents in the Esquimalt-Saanich-Sooke riding will be heading to their nearest polling stations to take part in the democratic process and elect an MP to represent the electoral district in Ottawa.

See also: These are the 5 major candidates running for election in Victoria

Here’s a breakdown of the five major candidates running for election in Esquimalt-Saanich-Sooke:

Harley Gordon is the Green Party’s candidate for the Esquimalt-Saanich-Sooke riding.

His focus, much like the Green Party’s, is on climate change, ending fossil fuels, and a renaissance of the green, renewable energy sector.

Gordon has also been a strong advocate for ending old-growth logging in the Fairy Creek area near Port Renfrew.

#Oldgrowth cutblocks near @SaveFairyCreek are going to be logged today.
.
There isn't time left. They are worth more standing. We need legislation to protect endangered ecosystems.
.https://t.co/7DijIUabU4

Doug Kobayashi is running as a Liberal candidate advocating for a greater green technology and renewable energy sector for the Westshore area.

Kobayashi and Liberal leader, Justin Trudeau, have both pledged for better care for Seniors, announcing 9$ billion in funding to address shortfalls in long-term care settings during the campaign.

Kobayashi was an Aerospace Engineering Officer in the Royal Canadian Air Force and is recognized for his contribution to the Westshore business community.

Randall Garrison, the incumbent MP, is the New Democratic Party’s candidate for Esquimalt-Saanich-Sooke.

Garrison is is the party’s LGBTQ2+ spokesperson and sponsored the bill that added transgender rights to the human rights section of the Criminal Code and the Canadian Human Rights Code.

Garrison is also the NDP’s critic on national defence, advocating for strong training, equipment, and support for Canadian Forces.

Rob Anderson is the candidate for the newest political party in Canada picking up steam: the People’s Party of Canada (PPC).

The PPC is running in this election as an alternative, anti-establishment and anti-vaccine passport right-wing party that bills themselves as the only party who believes in personal choice with minimal government interference.

Anderson echoes his party’s statements and vows to be an “alternative to the establishment threat coming from Ottawa.” 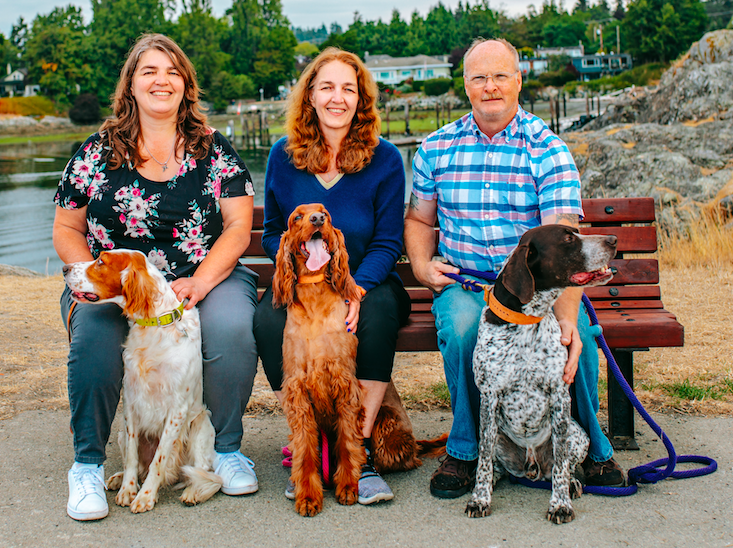 Laura Frost is the Conservative Party candidate for Esquimalt-Saanich-Sooke.

Frost is an environmental researcher who works with the federal and provincial governments on land management. She has a PhD in Geography from UVic on wildfire research with climate links and a Master of Science on approaches to degraded land restoration through indigenous knowledge. She is a registered Professional Forester.

Frost believes that her professional experiences, education, high ethics, and core beliefs will enable her to make a substantive contribution to our community, and indeed Canadians, as your Member of Parliament.

She chose the Conservative Party for its platform of fiscal conservatism, clear, jargon-free language and for matching her own views.

Her top priorities she sees for the Esquimalt-Saanich-Sooke are affordable housing and a critical shortage of medical specialists. The opioid crisis and animal welfare is another priority of hers.